If there are any graphic makers reading this, here is a reminder - Seasonal Spuffy banner contest could use more entries ;) The deadline is October 23.

Also, it's the last day to sign-up for Nekid Spike's Reverse Minibang, sign ups close at October 22nd. This is a challenge where artists create at least one piece of artwork featuring characters from BtVS/AtS. Then art is posted anonymously to be claimed by an author.

Just stopping by to share the picture that made my evening, posted by Rebekah Issacs on her tumblr blog:
( Collapse )

In case anyone needs DVD-quality screencaps of Angel the Series, I'm continuing to upload them here: http://atscaps.piwigo.com.
Seasons 2-4 are fully uploaded, season 5 is in progress.
Images are tagged per character, so you can use it as a reference guide, like, to find out where particular characters appeared in the same frame. You can also use search page to limit tags to specific season or episode. 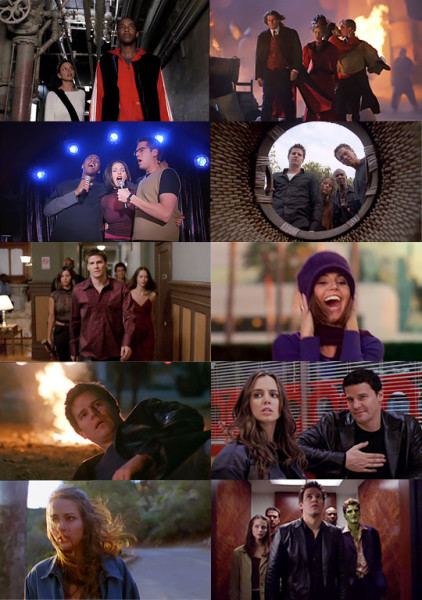 Couple of my manips has been nominated at the

wicked_awards: Someday My Prince Will Come (Willow/kittens) and Too Cool for Cats (Spike/kitten); I think I feel a theme here.
Thank you, whomever nominated me (and also to kittens - for inspiration)!

Nomination period is open till the end of August, so, if you have some worthy fanworks in mind... well, there are still several categories that could use more noms ;) They accept both fanfiction and graphics this round.

Yay, I managed to do something creative for the first time in a couple of months. Go me!
It's a banner for Elysian Fields Artistic Anniversary Challenge, inspired by this prompt by hconn.

I'm currently screencapping season 2 of Angel, so here are some pointless observations:

Oops, it's been a while since there was any quality content on my blog.
And by quality content I mean, of course, cats. And Spike.
So, here is one poor innocent kitten and one irredeemably evil Spike, exposing it to the second-hand smoke.

There has been interesting discussion on Buffy fandom history at rahirah's tumblr. (Ok, probably not exactly a discussion, just rahirah answering questions on how the Seeing Red disaster originally went in 2002.) Among other things she mentioned Succubus Club radioshow, where buffyverse writers were invited for interviews.
Turns out, that some of those radioshows, mostly from 2002 and 2003, are stil available here, thanks to Wayback Machine. Including Steven DeKnight's interview, that he gave soon after the airing of "Seeing Red".
I've been listening to it, some things didn't change at all - basically, everything about Spike and Spuffy. Absolutely the same points still pop up in every other S6 discussion today. And DeKnight acknowledges that some things were handled poorly.
But when it comes to discussion of Tara... is it just me, or both DeKnight and hosts sound cringeworthy by the modern day's standarts? They dismiss Tara fans' outrage as overreaction ("we just treated Tara/Willow like every other couple in the show"), they joke about lesbians sabotaging studio equipment... That's so not how damage control over killing a gay character is done nowdays. It looks like the opposite of damage control, tbh, because "oh, you are just overreacting" is the thing that brings only more outrage.
Just compare it with Jason Rothenberg apologizing for what he did with a certain character in The 100.
I get where it's coming from - DeKnight is viewing it from writer's perspective. Tara's death leads to the good story, so there is nothing to apologize about, it's just a well-constructed plotline. But it looks so weird today, that neither him or the hosts acknowledge that there is need for empathy, for some kind of apology. It doesn't matter how good the story is, when some fans are seriously hurt by it. Just tell them you are sorry, tell them that you were a bad person to hurt them, why is it so difficult?

Seen this gifset on Tumblr, with a caption "Spike would be an awesome character to drop in a horror movie", and now I suddenly want to read a fic about that.
Do you have any recs? Crossovers or not crossovers, anything about Spike being Spike in a horror setting (well, you know, where he is not a monster; at least not the biggest one).